Finding a truly legendary destination that hasn't been spoiled by tourist kiosks and souvenir hawkers can feel like a search for the Lost Ark of the Covenant. But have no fear, intrepid explorers—it's still possible to hack your own jungle path with a backpack full of maps to discover a lost civilization (and if you're lucky, a hoard of gold). We've scoured the globe for mysterious places that instill a sense of otherworldly wonder, where you can explore at will without feeling like you're trapped in a theme park.
Hold onto your hats, Indiana Jones wannabes, because the journey has just begun.
Mayan Ruins of Tikal, Guatemala 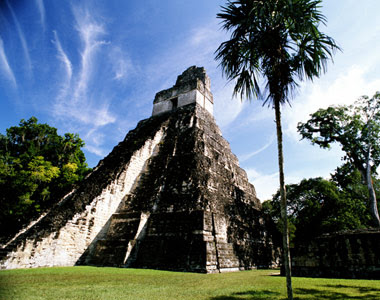 It's unknown why Tikal, a once-powerful trading capital and centerpiece of the mighty Mayan empire, was abandoned sometime after the year 900 and left for the Guatemalan jungle to reclaim. The ancient city of stone palaces, courtyards, and pyramid temples that once spanned around 20 square miles was completely forgotten for centuries until it was discovered accidentally by a local in 1884. Today, gung ho travelers can freely explore the ruins of more than 3,000 structures that have been excavated by university archaeologists (with many more yet to be unearthed). These remains are anchored by five Mayan pyramids with names like Temple of the Jaguar Priest and are connected by trails winding through the 142,000-acre Tikal National Park.
Catacombs of Odessa, Ukraine 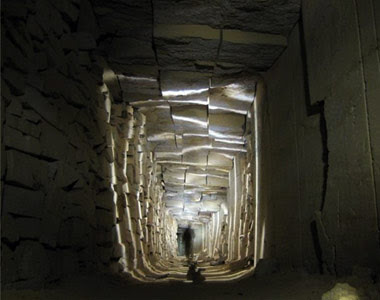 The labyrinthine Catacombs of Odessa extend for at least 1,500 miles, but no one knows quite where they end. The common name for the site is a bit of a misnomer; it's not really a network of catacombs, because nobody was intentionally buried down there. The eerie underground passages were carved out by limestone miners in the 19th century for the construction of Odessa's stone buildings and later became a hideout for the Soviet resistance during World War II. Deep in the maze of tunnels, lit only by the occasional dangling lightbulb, there are skeleton bones from anonymous dead, carved cubbyholes with the remnants of rusted ammunition caches, and secret storerooms once used by underground smugglers. It's rumored that a model ship made of pure gold is hidden in there, too. 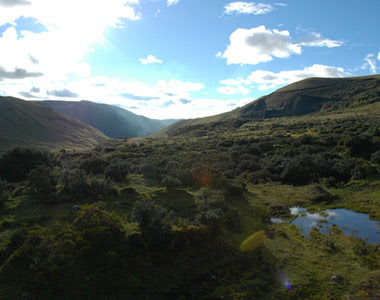 Llanganates National Park, a 720,000-acre reserve of sweeping mountains and crystal-clear lakes in central Ecuador, is rumored to be the hiding place of the lost Incan treasure of Llanganates. As the story goes, conquistador Francisco Pizarro demanded that the Incas pay a hefty ransom in exchange for the release of their captive emperor: enough gold to fill up the emperor's prison cell. The Incas were on their way across Llanganates when they heard the news that their king had already been killed, so they hid the massive gold haul in a cave near a lake somewhere in the mountains. Since then, countless treasure hunters have been drawn to the region. Of course, the real treasure here is the uncharted land of misty cloud forest and high-altitude grassland, where you can hike the Andean foothills or the challenging 10,700-foot Llanganates mountain range and explore jungle-fringed tributaries of the Amazon. If you are lucky enough to discover the legendary loot, be warned: Nearly every treasure hunter who's claimed to have found the Incan gold has died under mysterious circumstances.
Sunken Lost City of Yonaguni, Japan 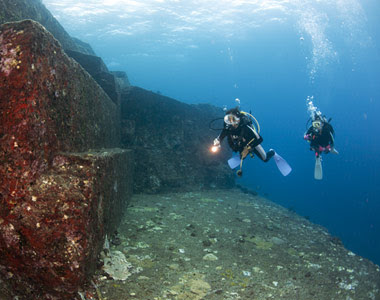 What some believe to be the remnants of the lost city of Atlantis lie off the coast of Yonaguni, the southernmost of Japan's Ryukyu Islands, in the China Sea. Rising from a depth of 82 feet, the Yonaguni Monument is a submerged megamonolith, with what appear to be carved steps ascending to different levels of the flat-top pyramid structure. It's believed to date back to 10,000 B.C. by those who consider it to be man-made (it could be much older if it's a natural formation). The underwater ruin is just a short boat ride offshore and at a relatively easy depth for scuba divers, who can examine the massive walls and stone staircases that slope to terraced platforms, and swim through channels and hallways now lorded over by hammerhead sharks and schools of parrot and clown fish. As for the Atlantis connection, well, that might be a bit of a stretch. But the possibility that the sunken city could be evidence of the lost continent of Mu, a fabled landmass in the Pacific and mythical cradle of civilization, has sparked new theories on the legend. 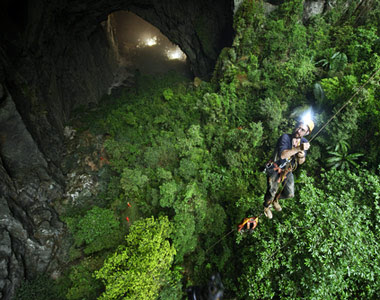 Burrowed into the Annamite Mountains of Central Vietnam, the Hang Son Doong cave looks like something out of Sir Arthur Conan Doyle's The Lost World. Gargantuan stalactites hang over treacherous rocky terrain carpeted with moss and ferns in cavern chambers so large that Chicago's 40-story Tribune Tower could fit inside. Only a handful of brave explorers have ventured into the 2.5-mile mountain river cave (a team of British scientists mapped and photographed the entire length of the Hang Son Doong for National Geographic in 2010). While the cavern is considered too dangerous for casual visitors to enter, the Hang Son Doong is part of a network of over 150 karst caves in the Phong Nha–Ke Bang National Park, many of which are open to the public. The most popular caves are the colorful Tien Son, which has stalagmites that resemble wax-drip sculptures, and the park's namesake cave Phong Nha (or the "Cave of Teeth").
Ellora Cave Temples of Maharashtra, India 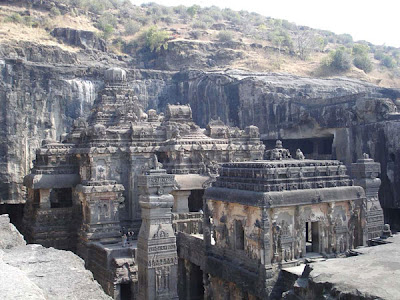 Cambodia's Angkor Wat and the carved cliffs of Petra, Jordan, may attract the tourist hordes and cinematic credits (backdrops for the Indiana Jones films Raiders of the Lost Ark and Last Crusade, respectively), but the Ellora Caves, 20 miles outside the rural town of Aurangabad, dwarf these religious sites in size. The 34 intricate cut-stone monasteries, once a sacred stop on a trade route to ports on the Arabian Sea, were chiseled out of the Charanandri hills in the sixth and seventh centuries by devotees of Buddhism, Hinduism, and Jainism. The courtyard entrances to the caves are flanked by stone statues of elephants and sacred pillars with mythical scenes from the Puranas (Sanskrit religious texts). Inside, the cave halls are just as finely detailed, with chiseled murals of Buddha, Vishnu, and Mahavira. The most famous cave is the Kailash Temple, a multistoried complex hewn from a single rock that's twice the size of the Parthenon in Athens and carved to represent Mount Kailash, home of the Hindu deity Shiva.
Pillars of Bryce Canyon, Utah 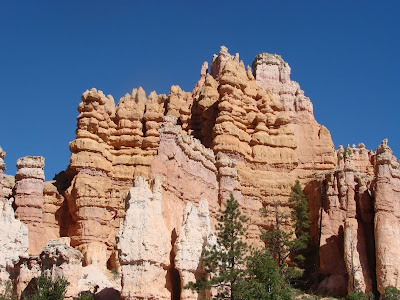 Bryce Canyon on the eastern edge of Utah's Paunsaugunt Plateau, is a spiky amphitheater of red and yellow pillars known by the native Paiute people as hoodoos. The Paiute believe that these odd rock formations are the ancient settlers of the region, encased in stone by the Coyote God. Today, Bryce Canyon is a place of pilgrimage for ambitious hikers and day-trippers who come to view the strange geological wonder from winding trails over the Paunsaugunt Plateau's ridge (for the most panoramic view of the canyon, make your way to Bryce Point on the Rim Trail, one of many lookouts on the network of park trails). How the plateau ridge was eroded away into this canyon of marvelous rock columns remains a mystery, as does the origin of the Native American petroglyphs on some of the pillars.


For adventure lovers, we can happily arrange for a custom-made tour to any of the attractions given above. Contact us:
http://www.goworldholidays.com
Posted by GoWorld Holidays at Thursday, August 04, 2011

+ Help us to publish your travel stories, experiences!

+ Just click on the Join This Site button given below.